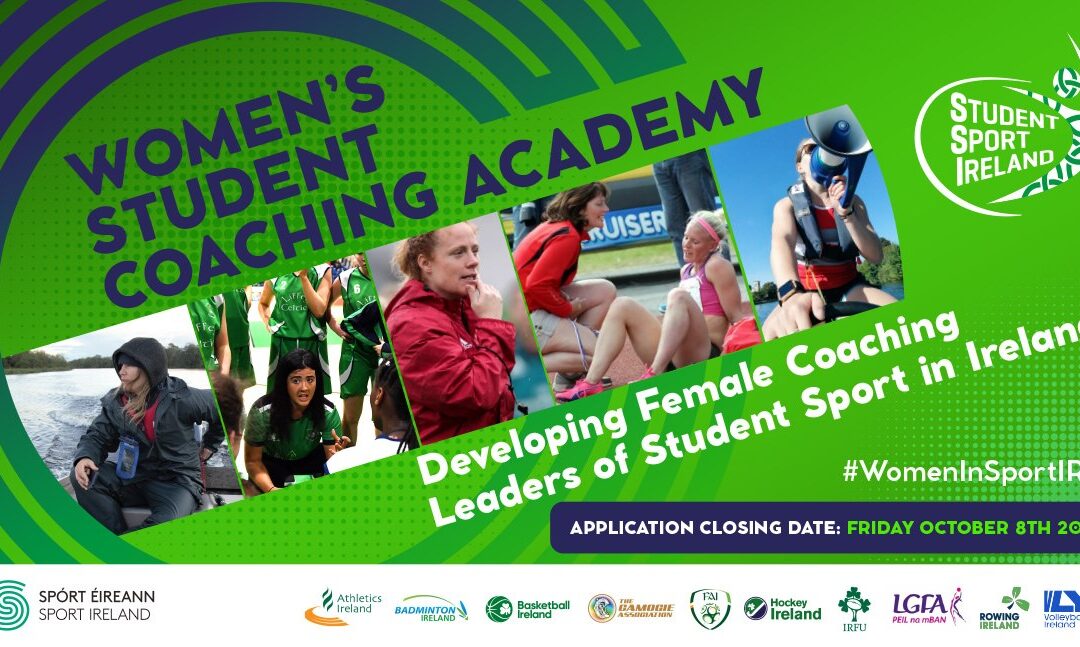 The aim of the academy is to provide the female student coaches with the support system that will enable them to develop and reach their coaching potential. Furthermore, the academy aims to increase the number, and visibility, of female coaches in third level institutions and create female role models for other female students to progress into coaching.

SSI President Mr. Matthew Dossett spoke of his delight that third level institutions are now inviting applications from incoming female students for 2021-22 academic year. “We are absolutely delighted to be launching the Women’s Student Coaching Academy in time for the start of the new academic year. Increasing opportunities for female coaches is vitally important across the sector, particularly at University and College, where there are lots of opportunities to get involved”.

Mr. Dossett thanked Sport Ireland, the participating third level institutions and the 10 NGB’s for their work in securing Sport Ireland – Women in Sport grant funding over the next two years. “I’d like again to congratulate all of the team involved in enabling this funding, which I’ve no doubt will create some excellent opportunities for the next generation of coaches and student leaders” expressed Dossett.

Nora Stapleton, Sport Ireland Women in Sport Lead, spoke of her excitement of the academy, “Sport Ireland are delighted to support the establishment of the Women’s Student Coaching Academy through its Women in Sport investment programme. We have been impressed with the work of Student Sport Ireland to plan and develop this initiative and especially welcome the collaboration of all stakeholders involved in creating what will be a game changer for women coaches in the third level sector. The National Governing Bodies, Universities and Colleges involved are leading the way in developing coaches within their sports. We look forward to following the progress of the academy and those coaches who are lucky enough to be involved.

The application process is now open and Application Forms can be downloaded here. If you have any further questions, please email molly.dunne@gmit.ie